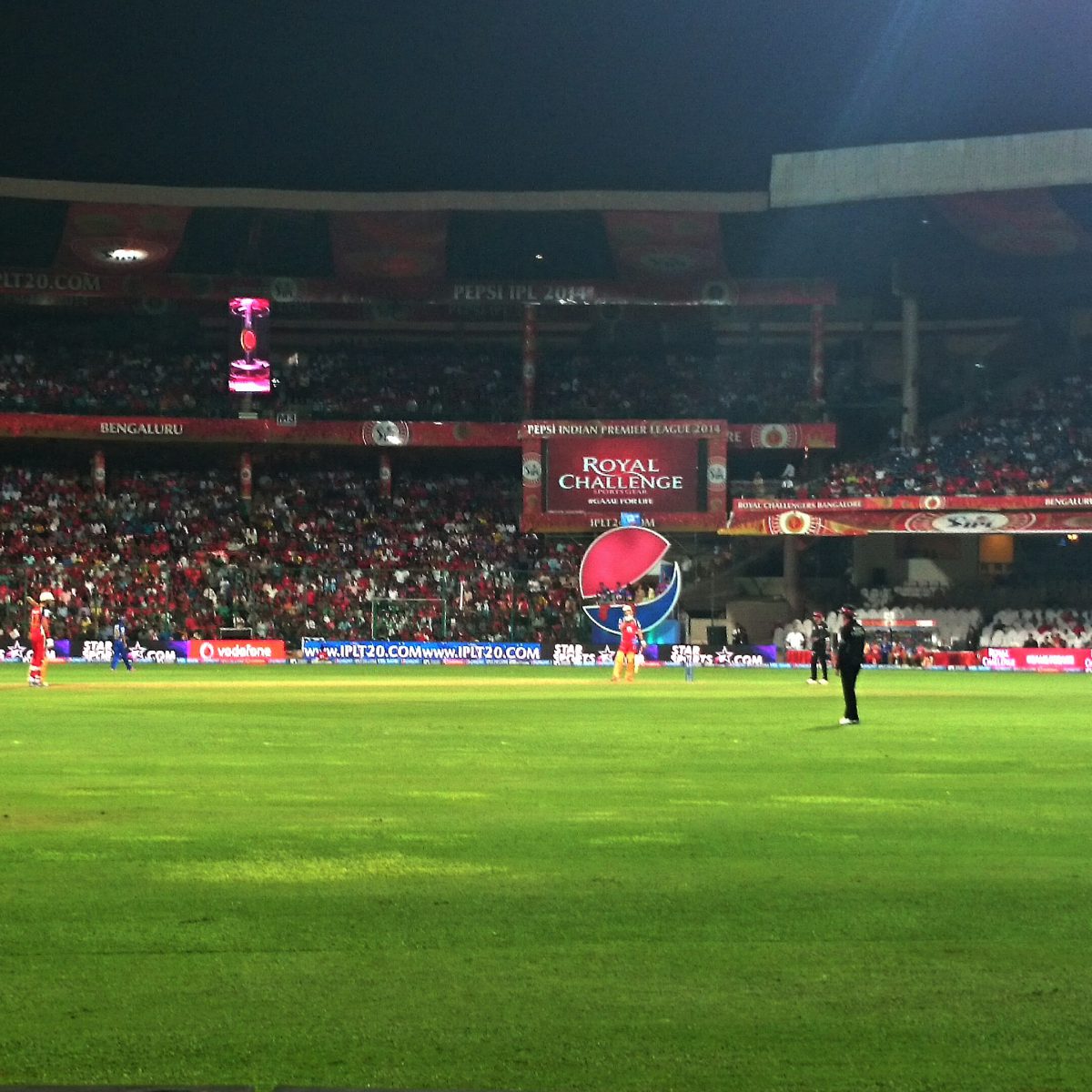 Jay Magodia looks at last year’s IPL in his first article for Sport Tech Daily. He works in Digital Analytics at Cricket Australia and is a huge cricket fan; his passion for the sport and data analysis skills make for a really interesting read. Check it out here:

It will not be the first time that the most popular domestic cricket league in the World is not being held in India. The Second edition of IPL was hosted by South Africa as it coincided with the 2009 Indian general elections. The 13th edition of the IPL would be played in UAE from September 19 to November 08, due to the Coronavirus pandemic. It would be a different viewing experience for fans to watch matches without the cacophony of dazzling colours, relentless music, the blazing IPL siren, fluttering of flags, cheerleaders and Bollywood stars in attendance. However, the broadcasting rights going up from $1.6 Billion for 9 years in 2009 to a staggering $2.5 Billion in 2018 for just 5 years suggest that there’s plenty at stake for all parties involved in this 50-day event. Fans of T20 and Fantasy cricket are in for an action-packed season of back to back domestic leagues like the Carribean Premiere League (CPL), IPL, WBBL & BBL which might fill the void left by the postponement of the Men’s T20 World cup in Australia this year.

Some context about the data before we start. The dataset that I have used for this analysis is Indian Premier League (IPL) Dataset posted on Kaggle datasets. It has data from 2008–2019 in 2 files: Matches.csv and Deliveries.csv (ball by ball data). I have used Python to analyze the data and Plotly for visualization.

It is common knowledge that Chennai Super Kings(CSK) under the leadership of ‘Captain Cool’ MS Dhoni has been one of the most successful franchises in the past 12 editions of the IPL.

CSK has an overall win percentage of 61% and Mumbai Indians (MI) are the only other team which is trying to edge past CSK with a winning rate of 58%. Among the franchises that are active as of today, Kings XI Punjab and Royal Challengers Bangalore (tied at 47%) find themselves at the bottom joined by Delhi Capitals (earlier known as Delhi Daredevils) who have the lowest winning percentage (44%).

Now, let’s have a look at the win rate in the IPL Finals over the years including 2019

Given Dhoni’s reputation of winning high pressure games, Chennai Super Kings (CSK) win rate in the finals (3 out of 8) leaves a lot to be desired for the fans. In 2019, Mumbai Indians (MI), owned by the current richest man in Asia, managed to pip its main rival to win the most number of titles in a nail-biting final by just one run.

From the batting charts, Mumbai Indians did not stand out from the rest of the teams except in the Death stage. However, they consistently scored around 8 runs per over except in the Lull phase post which they could rely on experienced T20 specialists like Hardik Pandya and Kieron Pollard to accelerate in the death. 66% of Pandya’s 402 runs came in the death at a strike rate of 226.

A change of name also led to change of fortune as Delhi Capitals(DC) achieved their best ever result of a 3rd place finish. They knocked out Sunrisers Hyderabad (SRH) in the Eliminator only to be defeated by the eventual finalists CSK. CSK then went on to lose against MI in the final. DC and MI displayed the best away-form throughout the season while SRH and Kings XI Punjab (KP XI) struggled away from home (each winning just 1 away-game).

Jarrod Kimber, a prominent cricket writer and jointly responsible for the award-winning film Death of a Gentleman, in one of his articles for ESPNcricinfo had broken down a T20 match into 4 stages: Powerplay (overs 1 to 6), Lull phase (overs 7 to 12), Ramp-up phase (overs 13 to 16) and the Death (overs 17 to 20).

In this two-part analysis, I have tried breaking down team’s performance by focusing on relevant batting and bowling metrics during each match-stage to highlight some of their strengths and weaknesses. Part I will cover Batting using 2 main metrics: Batting team Run Rate and Average balls played by the batting team before losing a wicket.

The unavailability of Kane Williamson at the start of 2019 season was a blessing in disguise as the SRH management experimented with the dynamic pairing of David Warner (highest scorer and winner of Orange cap with 692 runs averaging 58 runs per inning) and Jonny Bairstow. The duo recorded the most runs scored by an opening pair in IPL history which included 3 back-to-back centuries. They continuously scored over 9 runs per over in the powerplay without losing wickets.

Overall, 2019 season saw strong opening partnerships across teams except CSK and KKR as openers consistently provided fast starts scoring above 8 runs per over. KKR relied heavily on Chris Lynn who scored 262 runs at a strike rate of 140 in this stage while fellow openers (Nitish Rana, Robin Uthappa & Shubhman Gill) usually scored at strike-rates between 100–125. CSK often got to the worst starts, scoring at measly 6 runs per over and losing wickets early. Shane Watson struggled to find form except for a couple of match winning knocks, scoring just 189 runs in as many as 197 balls in this stage averaging 11 runs per inning. Captain Ajinkya Rahane and the Boss Joss Buttler scored above strike rates of 135 averaging 20 runs each per inning in the power-play. For DC, it was Shikhar Dhawan scoring 339 runs at SR of 144, well supported by Prithvi Shaw and captain Shreyas Iyer. Quinton De Kock was the top scorer for Mumbai Indians forming valuable partnerships with captain Rohit Sharma and especially Suryakumar Yadav in the following stage. KL Rahul & Chris Gayle in Punjab; Parthiv Patel, Virat Kohli in Royal Challengers Bangalore were the other openers who enjoyed a good run with the bat.

KingsXI Punjab which finished 6th on the table lacked a coherent team performance but saw great individual performances by KL Rahul, Chris Gayle & Mayank Agarwal at the top. Being the second highest scorer meant that KL Rahul (592 runs at an innings average of 43) batted across multiple stages. However, it was Gayle & Agarwal who toyed with the bowlers during this stage as they consistently scored at strike rates above 160. Delhi Capital(DC) were conservative in their approach during this stage. A common scenario observed for batsmen with a traditional technique as they look to set the stage for power-hitters in the last 8 overs. Strike rates of DC’s Shreyas Iyer and Shikhar Dhawan dropped to 109 and 116 respectively in the ‘Lull’ stage but it was Royal Challengers Bangalore (RCB) which struggled the most during this stage. Except for their 3 main stay batsmen — Kohli, Patel and AB de Villiers, they made too many changes to the batting line up too frequently. Backing up players was not easy since they got to the worst possible start by losing first 6 games of the season.

However, there are valuable leadership cues to be taken from MS Dhoni (CSK) & Rohit Sharma (MI) who persisted with match winners like Shane Watson and Keiron Pollard, respectively, who struggled with form but ended up producing crucial knocks in the season finale. Watson’s 80 runs off 59 balls while chasing a modest target of 149 almost won CSK another title but it was Pollard’s 41 off 25 balls followed by brilliant bowling that helped MI clinch the 4th IPL title.

It is sheer coincidence that Kolkata Knight Riders & the IPL 2019 season’s MVP Andre Russell aka ‘DreRuss’ shares his last name with Gladiator’s actor Russell Crowe. The strongly built Jamaican all-rounder scored at an impressive strike rate above 160 occasionally supported by teammate Nitish Rana scoring 123 runs at SR of 195 in 6 innings. Kings XI Punjab performed well in this stage due to the likes of David Miller, Mandeep Singh and KL Rahul. In the case of RCB, it was mainly due to the exploits of AB followed by Stoinis & Moeen Ali, who joined later in the season. SRH’s frequent middle order collapses let them down despite the brilliant starts. This stage saw lacklustre performances by Kane Williamson, Mohammed Nabi and Yusuf Pathan for SRH.

This is when the ruggedly built powerhouse Andre Russell (team KKR) was in a league of his own. Out of his total 510 runs, 305 runs (~60%) came in the death at a strike-rate of 263, highest in this stage. He, single-handedly won many matches for KKR but did not receive enough support in return as the team finished 5th in the league. From the batting charts, Mumbai Indians did not stand out from the rest of the teams except in the Death stage. However, they consistently scored around 8 runs per over except in the Lull phase post which they could rely on experienced T20 specialists like Hardik Pandya and Kieron Pollard to accelerate in the death. 66% of Pandya’s 402 runs came in the death at a strike rate of 226.

Finally, it makes sense to look at top 5 finishers of IPL season by combining their scores during last 2 stages of the match i.e. ‘Ramp-up’ & ‘Death’ stages

DC’s continuous faith in its young guns, Rishabh Pant and captain Shreyas Iyer did pay off. Both scored in excess of 450 runs each in 16 innings (entire season) with Pant being the aggressor scoring at a strike rate of 162 overall. The fact that Bangalore and Mohali are high scoring venues makes looking at run rates slightly biased in favour of RCB and KP XI. But in the practical sense, it does not offer any home advantage to those two teams. However, teams like CSK and KKR enjoy significant home advantage of having slow, spin friendly wickets and more importantly a squad to exploit those conditions.

The other big question which is not being answered by the charts is how CSK managed to reach the finals with such an ordinary batting performance. While bowlers often get forgotten in the T20 context, there were some brilliant performances that made up their shortcomings with the bat, especially in the case of CSK who started with 7 wins out of the first 8 games. The team nicknamed the ‘Dad’s army’ because of an ageing squad is also a cohesive unit filled with experienced match-winners led by an astute captain, who was also the team’s highest scorer. To know more about the bowling performances, stay tuned for Part 2!

Your Edge: The Rise Of JFH And Another Burgess, Positives For Parra & Hope For The Bottom 8