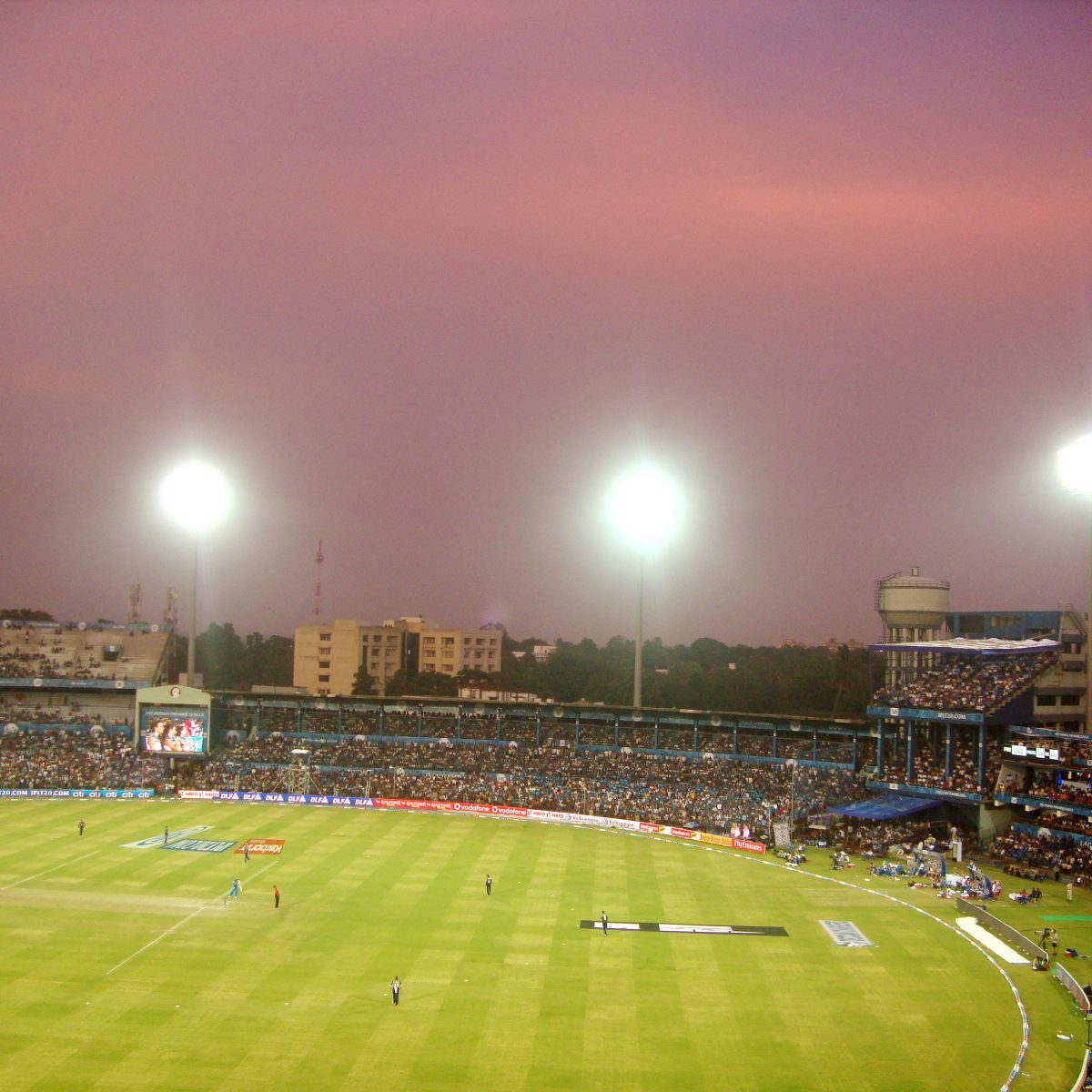 The much anticipated Indian Premier League began without its customary glitz and glamour. In this two-part series, I provide a summary of team performance in the previous season. In Part 1, we looked at the batting performance of each team.

T20 Cricket is designed for close finishes and with the odds usually stacked in the batsmen’s favour, bowling well in T20 cricket is almost considered an impossible job. At the same time this has led to innovation in bowling tactics like the increase in use of spinners in the Powerplay, promotion of unorthodox talent, preference for left armers, bowling variations and scouting of Powerplay or Death over specialists. It’s especially a tough gig for fast bowlers. While consistency in line and length is a good weapon for bowlers during the Powerplay, the same becomes their biggest enemy in the latter stages, especially at the Death.

The dataset that I have used for this analysis remains same as last time which is the Indian Premier League (IPL) Dataset posted on Kaggle datasets. It has data from 2008 – 2019 covered in 2 files: Matches.csv and Deliveries.csv. I have used Python to analyze the data and Plotly for visualization.

A quick snapshot of Home/Away record in IPL 2019 and the last 4 teams that reached the play-offs.

The bowling performance has been broken down by the 4 match stages:

34-year-old Afghan allrounder Mohammad Nabi may not be as famous as compatriot Rashid Khan but there is no doubt about his abilities as an impact player. Bowling 12 overs for SRH in powerplay, he had the best economy rate of 4.19 in 6 matches. Captain Bhuveneshwar Kumar did not manage to pick up wickets in the initial overs but was economical at 6.16.

But it was Chennai Super Kings (CSK) and Rajasthan Royals (RR) who managed to get the earliest breakthroughs. Experienced off-spinner Harbhajan Singh was impressive with a strike-rate of 16.67 and economy of 7.7. With 53% of his 300 plus deliveries turning to be dot balls, Deepak Chahar was the top pace bowler for CSK who took 15 wickets at a strike rate of 20 and economy of 7.3 runs per over. Jamaican born English pacer Jofra Archer was the pick of the bowlers for Rajasthan Royals with the 3rd best economy of 5.31 (SR of 32) behind Sunil Narine, the mystery spinner of Kolkata Knight Riders who was exceptional with an economy of 5.13 and at the same time picking a wicket every 15 balls.

Jasprit Bumrah, MI’s strike bowler did not pick up early wickets but was economical conceding 6 runs per over. Kings XI Punjab (KP XI) and Royal Challengers Bangalore (RCB) found themselves at the receiving end of the stick. RCB’s pace attack of youngster Navdeep Saini and Umesh Yadav failed to get early breakthroughs and conceded over 8.6 runs per over. As was the case of RCB constantly trying different batting combos in the middle order, KPXI tried variety of bowlers in powerplay but none of them really clicked except for Mohammad Shami whose economy was relatively better at 7.6.

At the end, it was the slingy Sri Lankan veteran Malinga aka ‘Mali’, who won the title for MI by bowling a slower full-length ball on middle and leg resulting in a wicket on the last ball winning by 1 run! Conceding 42 in his initial 3 overs, Mali delivered when it mattered the most defending 8 runs in the last over.

Dinesh Karthik’s future at KKR appears uncertain especially whenever Eoin Morgan becomes available to play. The questionable tactics or ‘bad decisions’ as Andre Russell had quoted in a post-match conference ultimately led to departure of Head Coach Jacques Kallis and Assistant Coach Simon Katich.  KKR’s most reliable bowler Sunil Narine who looked pretty good in the powerplay was nowhere near his best in the later stages. Between over 7 to 12, he bowled 78 deliveries with a high economy of 9.23. Fellow spinners Kuldeep Yadav and Piyush Chawla who did the bulk of bowling in this stage also came short as they conceded more than 8 runs per over. Khaleel Ahmed delivered good performances for SRH in the first 2 stages with economy of 8.6 and strike rate of 11.

While his elder cousin Deepak Chahar (team CSK) is a household name in the shorter formats, 21 year old Rahul Chahar was equally impressive for Mumbai Indians striking every 21 deliveries with a economy of 6.2. Krunal Pandya also managed to keep things quiet conceding 7 runs per over. The difference between two teams (CSK and KKR) who heavily rely on their spin bowlers cannot be more stark in the middle overs. CSK veterans Imran Tahir and Ravinder Jadeja completely controlled the game in this period conceding under 6 runs per over. It was the leg spinner Tahir who picked a wicket every 13 deliveries followed by Jadeja striking every 19 balls. Even in the following Ramp-up stage, Tahir maintained his economy at 7.1 at an impressive strike rate of 14.

One cannot discuss bowling in T20 without mentioning Rashid Khan, the self-taught natural Afghan spinner who recently took a hat-trick in the Carribean Premiere League (CPL). 50% of his overs came in the last 2 stages of the match for SRH where he looked the most dangerous with an economy of 6.2 and strike rate of 13.2. He clearly prefers batsmen going after him as he enjoyed a strike rate of 10 with an economy of 7 in the ‘Death’ although he bowled only 9 of his total 60 overs in that stage. Spinners Axar Patel, Amit Mishra and Sandeep Lamicchane managed to keep things calm for Delhi Capitals (DC) by stopping the flow of runs and picking up wickets.

Shreyas Gopal had a brilliant 2019 season at Rajasthan Royals(RR) and was the only other bowler to complement the performance of Jofra Archer. Shreyas, who mainly bowled in the middle overs (83% deliveries) picked 14 wickets at a strike rate of 17 and economy of 7.2. The move to use him in the Powerplay turned out be a golden one which led to the all-time great hat-trick against Royal Challengers Bangalore (RCB) dismissing the likes of Virat Kohli, AB de Villiers and Marcus Stoinis in a rain-reduced game.

However, the story was completely different for the rest of the Royals bowlers as they got picked apart by the batsmen. Champion all-rounder and World Cup winner Ben Stokes had a forgetful IPL season with the bat and ball. Although he had a strike rate of 23 in last 2 stages of the match, he was the most expensive, leaking runs above 11 per over across different stages of the match. Kings XI Punjab found themselves in a similar dilemma as none of the other bowlers apart from captain R Ashwin and Shami could stop the flow of runs.

Similarly, fans of KKR were let down by Kuldeep Yadav’s performance in 2019 season. The crafty left arm ‘chinaman’ who was retained by KKR for 5.6 crore was dropped after 9 matches as he managed to pick just 1 wicket in 33 overs at an economy of 10 in the ‘Lull’ & ‘Ramp-up’ stages. The struggle was evident as he was visibly teary-eyed during a strategic time-out versus RCB after conceding 27 runs of his final over.

Former Australian Captain and multiple World cup winner Steve Waugh, whose bowling was the key factor in Australia winning the 1987 50-over World Cup was the first to experiment with a slower ball released from the back of the hand. Currently bowlers use innumerable variations like knuckle-ball, palm-ball, cutters, slow-bouncers,etc. and yorkers together with the effective use of the bowling crease to outsmart the batsmen. Despite of all that, it takes great skill and mental toughness to be able to execute bowling plans at the ‘Death’.

Kagiso Rabada and Chris Morris were impressive for Delhi Capitals as they consistently picked wickets at strike rates of 6.3 and 8.6 respectively, conceding slightly above 8.5 runs per over. Rabada was the best pace bowler of 2019 season (25 wickets), losing the Purple cap to Imran Tahir by just one wicket having bowled 17 overs less than Tahir. Umesh Yadav was very expensive for RCB as he averaged 14 runs per over. If it was not for Saini’s good performance (economy 9.3 & SR 9.5), things would have looked much worse for RCB.

Rajasthan Royals relied solely on Jofra Archer and none of the other bowlers could really provide any support. CSK had it easy as their bowling unit of Deepak Chahar, Tahir, Jadeja and Bravo delivered consistent performances with Tahir taking the most wickets in the tournament(26 wickets). Even when it came down to the penultimate match, Deepak Chahar and Tahir picked up crucial wickets to restrict Mumbai Indians to a modest but competitive total of 149.

The orchestrators of the win for Mumbai Indians were 4 players – Keiron Pollard, Jasprit Bumrah, Rahul Chahar and Lasith Malinga with Pollard being the only batsman (more of an all-rounder). Youngster Rahul Chahar produced a brilliant spell of 4-0-14-1, same as Bumrah with one wicket less and choked the flow of runs in the middle-overs. Bumrah was the man-of the match for stopping leakage of runs after the Powerplay and a great spell in the ‘Death’. At the end, it was the slingy Sri Lankan veteran Malinga aka ‘Mali’, who won the title for MI by bowling a slower full-length ball on middle and leg resulting in a wicket on the last ball winning by 1 run! Conceding 42 in his initial 3 overs, Mali delivered when it mattered the most defending 8 runs in the last over.

Spinners will get plenty of assistance on the slow UAE wickets and strong bowling teams are more likely to be in a better position to win games. We will soon find out if IPL 2020 is able to reproduce the magic of past tournaments.