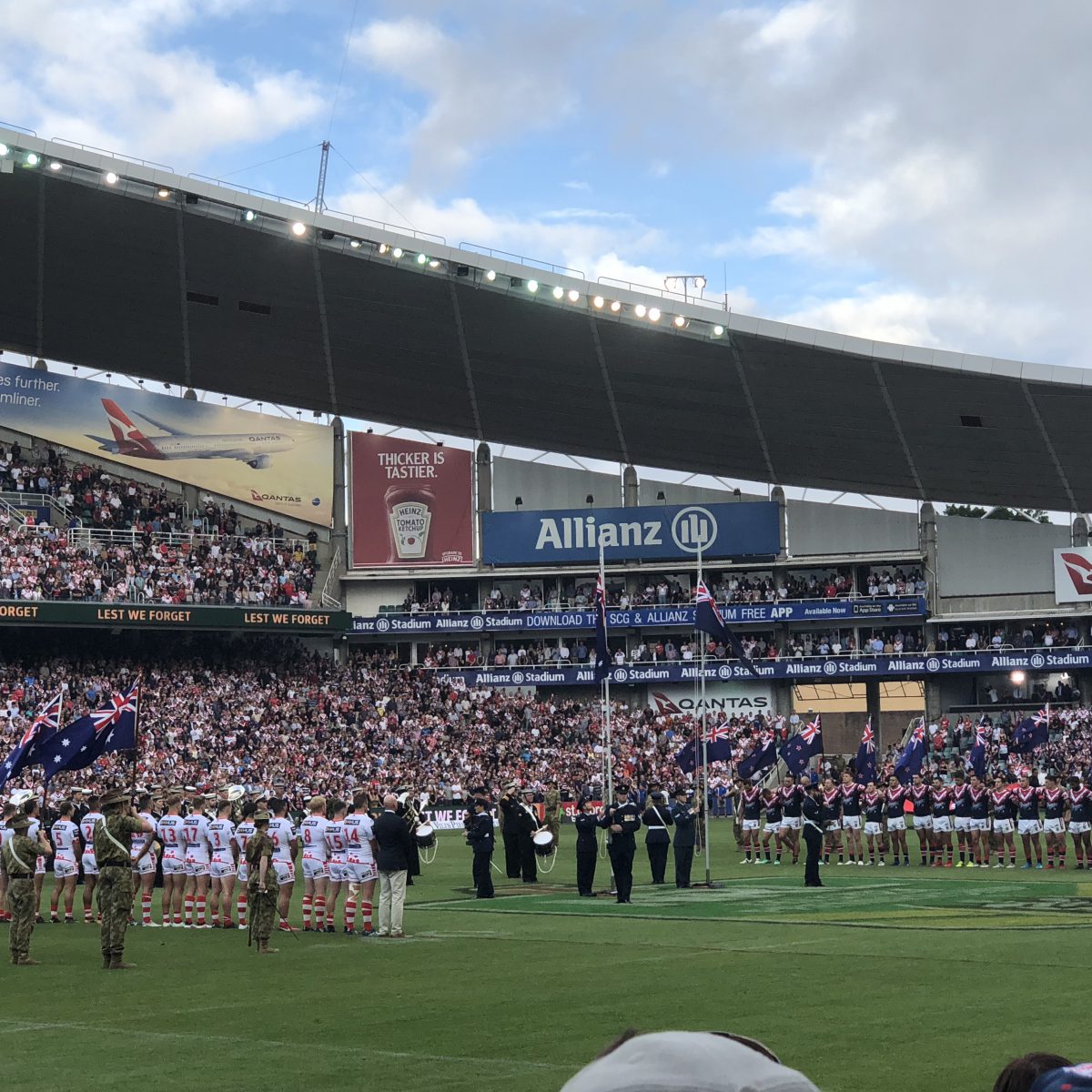 We catch up with Paul Thoms who will be contributing on our site predominantly across rugby league with a focus on data visualisation using Tableau. We’re really excited to have Paul onboard and we’ll be growing our base of regular contributors as well as continuing our interviews!

My background and qualifications are in Applied Mathematics.  Most of my career has been in Government roles in Sydney: Finance, Analytics, Planning and Road Safety.  I’m also a qualified Mathematics Teacher and worked a number of years in Education.

There is now a strong online culture around Data and Analytics, which I’ve been engaging with in my own time for around 12 months.  I’ve mainly focused on the Tableau Public software, though this blurs into all corners of the data community. I got to talking to Sport Tech Daily recently and agreed to try some blog posts around some amateur work I’ve done with Rugby League data.  What I post will be my own work and opinions, done in my own time.

So you’re a passionate sporting fan who’s interested in data. When did you begin to look into the data behind sport?

Being a Mathematical person, I tend to look for the meaning in the numbers and patterns behind things.  The first way I really engaged with data was as a teenager around sports.  It was around the same time I was finding I enjoyed Maths a bit more than some kids. It was the 80s and there was no Internet.  The best sources of data were on paper.  So I’d engage in the weekly points tables, teams lists and results of the weekly Rugby League Magazine.  It was very limited, but it started forming my thinking.

When I read Andrew Voss’s biography “Stuff You May Have Missed”, I was amused that he told a similar story. There’s both a fascination and underlying humour in a traditionally blue collar game that turned professional, but still provides the colour of a “worker’s pastime”.

Which areas will you be predominantly focusing on with your analysis?

Because my day job is around Finance, my personal work in Analytics tends to focus on anything but that. As well as sports data, I’ve engaged in various datasets through public data exercises such as Makeover Monday and Storytelling With Data.  I’ve also played around with odd things like trying to visualise music as data in a dashboard, with varying success so far.

Like any professional sport, Rugby League is awash with data, but there are not necessarily the big databases and resources to drive a deeper analysis.  But there are people out there doing it, and a small community is starting to come together.

For us less technical folk, show us some visualisations!

In the 12 months engaging and learning in Tableau Public, I’ve developed three Rugby League-related dashboards of varying type, and quality. The one I’d like to feature here is around the rookie season of Melbourne Storm Fullback Ryan Papenhuyzen.  I followed Ryan’s first season as I’d come across him in my Teaching days, and was pleased to see the remarkable progress of his first season.

My aim was the capture Ryan’s progress from reserve grade to almost an NRL Grand Final, all in one season.  The work got some good feedback on the Tableau IronQuest webinar.  I stumbled across my idea of using the jersey symbols to represent the data while playing with another idea, this is often what happens in that data creative process.  In visual encoding terms, the jersey symbology seems efficient in showing both team selection and minutes played in one symbol. And it was just fun to build a dashboard with it.

What tools & methodologies have you predominantly used in your analysis

My focus in recent online engagement has been around Tableau Public as an open source software.  This public software is very good as it provides most of the functionality of the professional versions, the only catch being you have to publish online to save your work.

Beyond that, I use my Mathematical skills, some data manipulation and coding to get the results I want.  It’s a process I enjoy and I’m just as happy spending a Saturday night manipulating a data set as some would be turning wood or watching My Kitchen Rules.

The online community and networks are an invaluable resource. It’s been a good channel to keep up with the industry, which is moving faster than ever.   Sometimes just reading and bouncing ideas off people is enough to get a ball rolling.

Since my Uni studies (a few decades ago!), I’ve seen a societal shift from “What would you do with a Maths degree?!” to everyone wanting to “do data”. This can be good and bad.  But it’s good there’s a lot of humour and open-mindedness around data.

Given the impact of coronavirus on the sporting industry, what are some ways data & analysis could impact Australian sport over the next couple of years

It seems clear the situation is going to change many things, whether because this virus will never fully go away, whether such health anomalies will be the new norm, or just because we all found some new ways of doing things. It seems still to be determined when (and if ever) piling large numbers of people back into big stadiums will be sensible.  If people become less inclined to go to the games (well except for Souths fans, who are already there… sorry), people will find new ways to relate to sports.

The way people engage with content is changing.  It’s occurred to me my sons aged 10 and 11 don’t watch TV, not as we knew it.  It’s all streaming, YouTube and online content.  Content is interactive and on demand, and this lends itself well to engagement with data.

What are your favourite sports & which teams do you follow?

In terms of Rugby League, I have a connection to the game as having grown up in a family that watched Friday Night Football and Sunday games on TV.  I find it difficult to get as excited about AFL and Football (AKA Soccer), even if they may be more technical.  The contrast with this sport and being an Analytical person is something I appreciate. I relate to both the fascination and the criticisms of the game.  In many ways, Rugby League is hilarious.  There is so much folklore around “the biff”, the rough days of the ‘70s and ’80s.  State of Origin… Tommy Raudonikis “needing help lighting his smokes” while coaching NSW in a tight series.

I ended up following the Illawarra Steelers from their peak 1992 season, after the pain of following the Eels was too much.  It was an obtuse decision at the time, as no one seemed to follow the Steelers, I think I did it to be different, and like many, I really respected their team of the time.  So I followed them into the merger with St George.

At the other end of the spectrum I also follow Formula 1.  I’ve followed it for around 30 years, and it is another passionate “blood sport” that also generates stats and controversy.

I’ll stick to Rugby League terms.  I was not a Raiders fan, but it doesn’t matter, whoever was drawing breath in 1989 could go past that Grand Final?  The enduring image of Steve Jackson carrying half the Tigers team over the line to win the match, there are no numbers to explain how he did that, just sheer determination.

As a Steelers-come-Dragons fan, this must be the ‘99 NRL Grand Final.  What stays with me was the feeling of inevitability that came as the second half progressed, and the Melbourne Storm just kept coming like we were not there.  There are numbers that show the Storm were simply better than anyone had noticed, despite my desire to say we were robbed.  But I’ll save all that for another day.