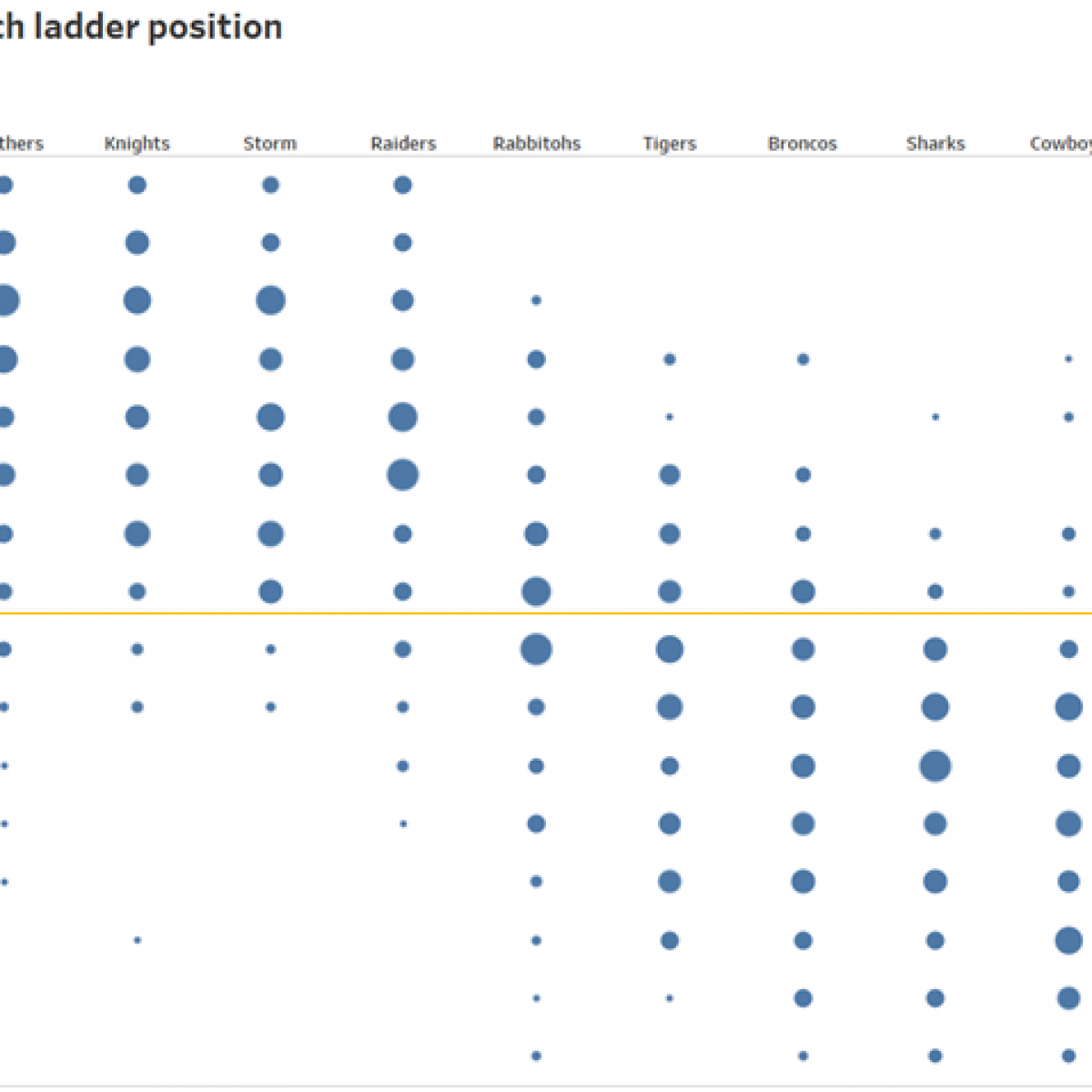 What could be more fun than a bit of Mathematical Modelling after another big-hitting round of footy? This is my prediction of the end-of-2020 ladder, based on results so far.

With no byes, and no more breaks, season 2020 it’s a fairly straight run to the flag. It will be unique in fortunes falling faster and burning up quickly. The bottom teams are already in a pretty tough position.

I used a Monte Carlo Simulation to estimate the final 2020 NRL ladder, a method invented by Polish Mathematician Stanislaw Ulam to estimate the probabilities of different possible outcomes of an event, by simulating it many times over with a randomised model. Sadly I could not use the software I use for work at this, so I was limited practically to running 100 simulations of the remaining 13 rounds of the season to come to this “most likely” result. I’d have liked to run 10,000!

I think this affirms the Bulldogs and Titans are all but finished, which is understandable needing 9 or 10 of their remaining 13 matches. This season will squeeze teams out very quickly.

But how to estimate the teams’ abilities? The best proxy is betting odds.

A team’s odds for winning the Premiership are a measure of the broad view of their abilities, albeit they are non-linear due to the fact that the lower-ranked teams are so unlikely to with the Premiership. It is an exponential type of spread.

For a more linear estimation of ability, we can apply the antithesis of the exponential spread, a logarithm. With a bit of scaling we can convert the odds to a linear measure of each team’s ability. The odds respond to how the punters see them, so this is a fair objective measure.

I ran the simulation 100 times, with each match result based on a randomised outcome on the spread of results to date, factoring in relative abilities. The following shows the proportional number of times each team finished in each position.

How Many Points Will a Team Need to Make the Finals?

One unsurprising outcome in the most common scenario is the cutoff for the top 8 is 20 points, ie: Winning at least 50% of matches to make the top half. But there was a spread across the 100 simulations, with 36% of scenarios requiring at least 22 points (11 wins).

I think this affirms the Bulldogs and Titans are all but finished, which is understandable needing 9 or 10 of their remaining 13 matches. This season will squeeze teams out very quickly.

Simulation is a complicated business, and I’d need to set this up to run more times over for a more smooth spread. I may re-run a few times during the season, but I will hold myself to this and see where we end up.

Your Edge: We Give Broncos Fans Hope, Look Into the New Rule Changes & The Teenage Freak Who Is Carrying His Team

Your Edge: We Look at ‘Clutch’ Players in the NRL, Good News for the NSW Clubs & More!