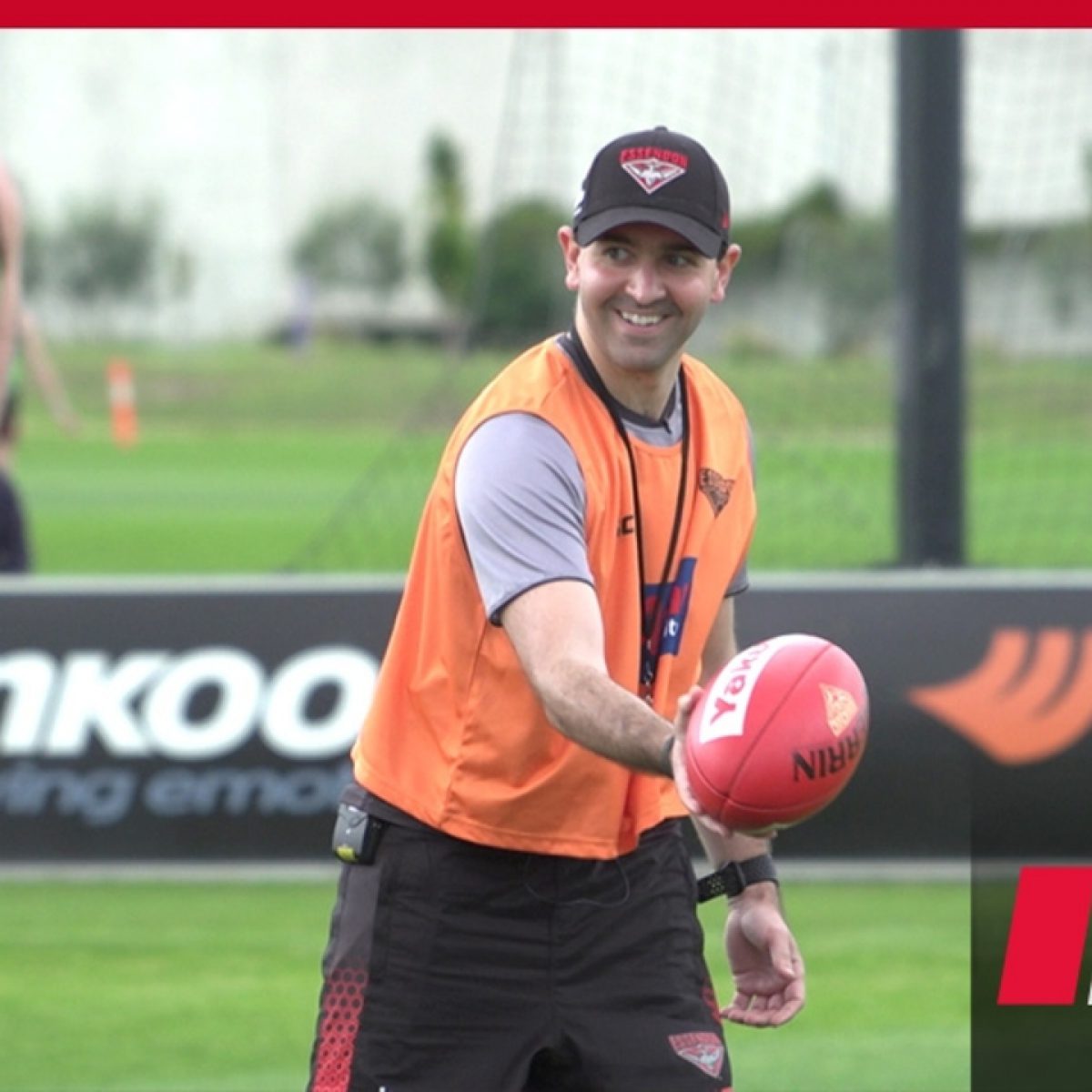 When we last spoke to Rob Harding it was a broader conversation around his career & the evolution of performance analysis & football technology roles in the AFL. This time around, we touch on some of the points that have made the 2020 season unique and his thoughts on the remainder of the season!

It was a great first weekend of finals footy action. What were your key takeaways?

What a weekend of footy! There were so many takeaways across the four games, but the two big ones for me:

1. The Lions came of age. I described it on radio earlier this week as being like their 18th birthday party. The young Lions stood up to the best team over the last few years and didn’t allow themselves to be bullied. Terrific win for the Lions.

2. The Pies-Eagles game was a classic final, with a heart stopping finish, and Nathan Buckley and his coaching staff had their finest moment. Picking the 2nd Ruck in Darcy Cameron, Levi Greenwood tagging Tim Kelly, the faster speed of ball movement with overlap handballs, all great moves. To win a final like that, on the road, with all the circumstances around quarantine, it was very special.

Who do you think will win the two games this weekend and why?

Richmond were just a bit off early last week, as evidenced by the first Lions goal to Daniel Rich with a handball receive just outside 50 – a switched on Tigers team would never have left Rich free. I expect they’ll be fired up from the start. Getting Tom Lynch back into the side makes a big difference structurally as well.

Geelong-Collingwood will be a close one. The Cats had the same number of Inside 50s as Port and more scoring shots, they just didn’t take their chances. It will also be tough for the Pies to repeat their performance after such an emotional win. Having said that, the confidence gained from beating the Eagles in Perth and the similarities in game style between West Coast and Geelong will play in the Pies favour.

I think Richmond will win by 4-5 goals and Geelong by less than 10 points in a close one.

There’s great stories across the board – the Lions and Saints rebuilding and shooting into contention, Dangerfield and Buckley chasing the elusive flag, Port being rewarded for keeping the faith in Kenny and the Tigers chasing the dynasty flag.

It’s been a unique season for so many reasons. What are a couple of the key changes you’ve noticed in the game due to the shortened games and hubs especially?

It’s been such a remarkable season for the clubs and the players. The early games when there was no crowd, there were teams jumping out to big leads early – it was almost a case of “BYO Atmosphere” to games. The teams that could generate that enthusiasm organically were the ones that performed best.

The shortened quarters and shorter breaks between games had an interesting effect – we saw players less fatigued in games but a lot more injuries, meaning less continuity in performance. This has the biggest impact on the developing teams, who don’t have the ready made depth to come in as replacements.

The hub situation has all come down to attitude. Speaking to players and coaches inside the hubs, the inability to “get away” from footy has been very difficult for many. Having a positive approach and accepting the craziness of the ride has been a big part of it.

Clubs that have found the right balance between switching on and switching off inside the hub have handled it the best. That Collingwood are into the second week of finals having spent time in Sydney, Perth, South East Queensland and again in Perth, is quite remarkable.

You’ve done a great job educating the public through your live tweeting during games and some of your content on SEN (feel free to list any other places you regularly write/work for). Tell us about a couple of your favourite pieces of work from this season.

I’ve really enjoyed the interaction on Twitter, and the feedback from the Monday Mechanic segment on SEN with Bob and Andy has been great. It all came about pretty organically at the start of the season, but my aim was to provide a bit of content around the Strategy side of the game, and lift the lid on the coaches box. There are many past players that can speak about what it’s like on the field, but very few recent coaches or assistant coaches are doing media work – probably only myself, Craig Jennings and Ross Lyon.

The live tweeting of games has been good fun – it’s basically just a running commentary of what I’d be thinking in the coaches box for either team. How does the game look? What are the oppo doing? If they play an extra at stoppage what does that mean for us? If we send one up what will they do?

The pieces of work with the best feedback have been the breakdowns of complex stoppage structures, or explaining why a club might make a certain move at a certain time. The most trending comments I’ve made have been around rule changes, specifically around Holding The Ball, which has been a hot topic all year, and for about 30 years!

Have you changed your way of looking at footy this year watching the games on TV and not being associated with one of the clubs?

It’s certainly different – I’ve enjoyed taking a broad look at the game while not being directly attached to a single club. The challenge watching on TV compared to coaching is that 95% of coaching is done using behind goals footage. I actually think the occasional down the ground shot would add to the coverage, and allow the expert commentators to explain a bit more of the “why” things happen the way they do on the field.

In terms of how I watch the game, I am always watching through a coaching lens. Years ago I went to watch a mate play an amateur footy game in Melbourne and after the first bounce the ball went out to the wing for a throw in. My first instinct was to start counting off how many forwards were at each end and looking for any spares. I can’t switch it off!

Has the role of data/stats become more important during this time?

Personally it’s been different this year as I haven’t had access to Champion Data stats or to the behind goal vision. I’ve kept my own spreadsheets of stats based on what is regularly available on websites, but it has been an insight for me into how restricted the data is to the football public.

Who do you think wins the GF? Who’s your smokey?

I went into the Finals with Richmond as my pick, but losing the first week has flipped them onto Port Adelaide’s side of the draw, which is a difficult road. This year is genuinely one of the most open Premierships I can remember. I am going to pick the Brisbane Lions, it would be a phenomenal story from where their club was a few years ago.

I’m not sure there’s a smokey left in the field other than St Kilda. I think if Richmond gets past St Kilda, then a Port-Richmond Prelim would be a real bruising street fight, and would potentially leave the winner of the Lions-Geelong-Collingwood Prelim in the box seat.

There’s great stories across the board – the Lions and Saints rebuilding and shooting into contention, Dangerfield and Buckley chasing the elusive flag, Port being rewarded for keeping the faith in Kenny and the Tigers chasing the dynasty flag.

Can’t wait to watch it all unfold!

How To Get The Best Out Of ‘Edge’ For Sport Fans