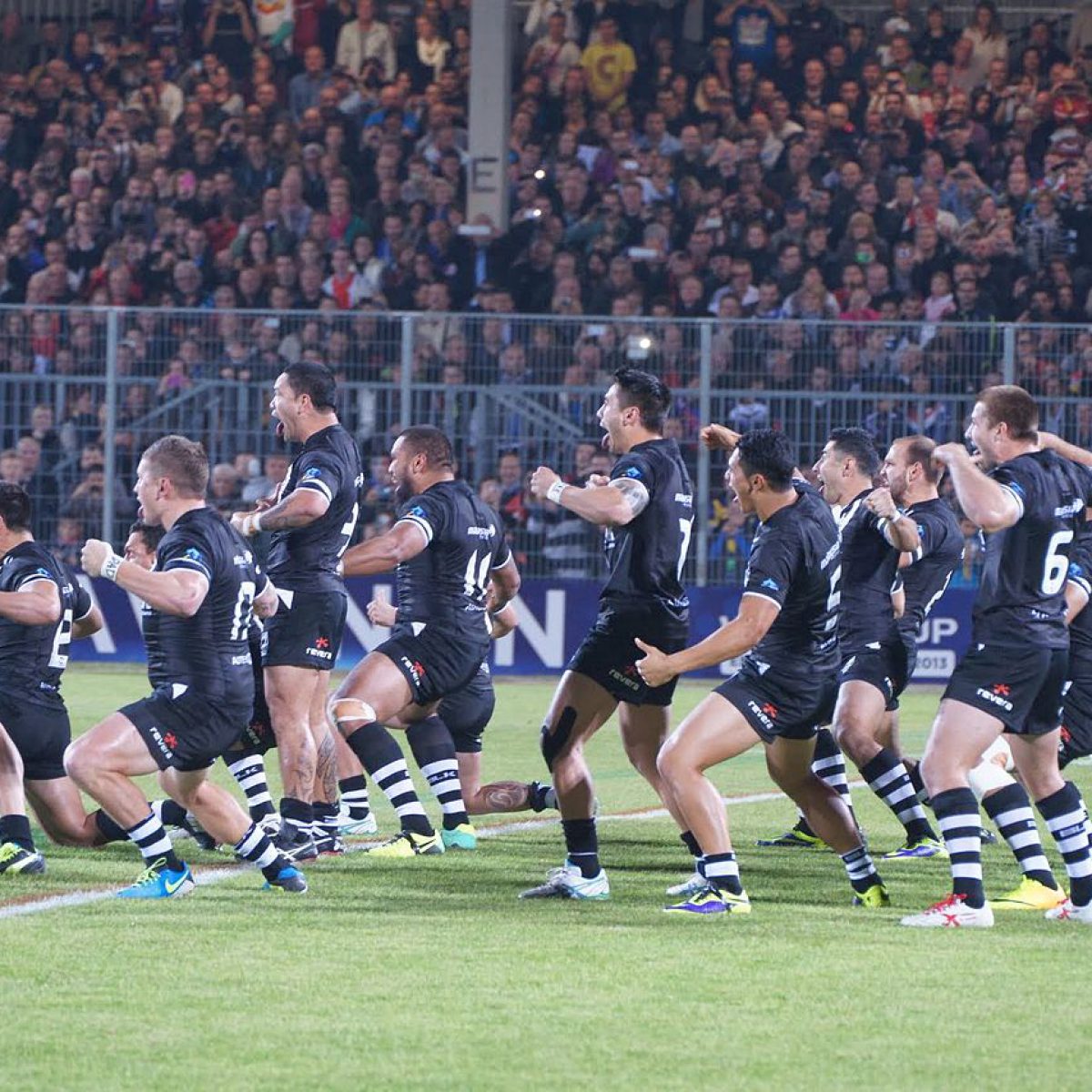 rd_101 is currently the number one ranked daily fantasy sports (DFS) player on Daily Fantasy Rankings (DFR). With the NRL & AFL due to start in the next couple of weeks, we go through his transition from traditional season long fantasy sports to DFS and what has made him successful over the last five years.

I’m a Kiwi currently living in Cambridge, NZ after returning from a few years based in London. I have a background in Finance with a focus on Commercial Property investment. I have always loved sport, particularly rugby union, league and basketball. There isn’t much I don’t watch though, especially now my playing days are largely over.

You’re currently the number one ranked DFS player on DFR. When did your DFS journey begin and what have been some of your favourite moments along the way?

The ranking came as a bit of surprise, given there has been basically no sport the last few months and there are a lot of other Aussie players who I look up to and still consider far superior overall. Regardless, I will take it even if it is for the briefest of moments!

DFS began for me in 2015 when Moneyball first started. Prior to this, I had been playing in season long fantasy basketball leagues for a number of years and had watched the growth of DFS in the States from afar. I had attempted an illegal signup at DraftKings in 2014 because I was that keen to play, but thankfully MB came along soon after and was also available to us in NZ. In the early days, the community was really small and there was a Facebook group called Fantasyguru Forum where a lot of players used to chat about the slates. We were also able to interact with the Founders of MB in terms of offering suggestions for site improvement, payout structure, pricing etc. Draftstars came along a bit afterwards, but I have always had a soft spot for MB because of their approach to engaging with the community.

From memory I started with a $50 deposit on MB and would play 1-2 teams each NBA slate. I enjoyed some early success but then got a bit overconfident and was entering too many teams for the size of my bankroll. I had a rough run of results and wiped out my bankroll entirely. It was a good lesson to learn and I realized if I wanted to play long term, I needed to work on developing a sustainable and time efficient approach (so I could enter NBA teams on my lunch break). Every year since I have worked on refining and improving my process, so the data analysis became quicker and allowed me to spend more time on lineup construction and scaling the number of entries.

A memorable highlight came on Draftstars where I took 1st & 2nd in a large NBA comp on New Year’s Eve 2016.  I had set my lineups earlier in the day and then was busy with other stuff, so didn’t get round to checking the result until later that evening. Safe to say, plenty of celebrating ensued afterwards and the missus was not as upset about all the time I had been spending on DFS from there on out. The more recent highlight was collecting the MB target on way to what I heard was the highest NBA score ever on the site of 457.1 – cheers to the Denver Nuggets backups!

In my opinion, DFS is a far more exciting way to have a punt so hopefully the industry will continue to grow. It is great to see DraftKings expanding into Australia and with local sports such as AFL and NRL returning well in advance of anything in the States, there is a huge opportunity to get global eyes on these sports.

A lot of players come into DFS through fantasy/supercoach or sport betting. Are you engaged in any of those as well?

Other than season long fantasy basketball, I have never played Supercoach or any of the other popular tipping comps. I did a few for Super Rugby way back in the day, but its popularity outside of NZ is small. I have dabbled in sport betting for years, but never found any real success. It is something I still enjoy however, particularly if I am going to be watching a big game with a few mates.

With over $500k in winnings over your DFS career you’re obviously doing something right! What are the keys to transitioning from an overall sporting fan or supercoach player to DFS?

There are some intricacies in transitioning from a general sports fan to becoming a successful DFS player. As a fan you probably have a pretty good grasp of teams, individual players, and maybe in-game strategy. However, DFS is a separate game in its own right, so it’s not enough to just pick whatever players you think will perform well in real life. In DFS you are essentially competing against what other DFS players think so there is value in having a contrarian view.

Every sport is different, but when I look at an NBA slate for example, I try to identify who I think will be the popular plays and then identify suitable pivots from these who may go low owned. This is easier to achieve by playing multiple lineups but embracing the idea of variance will allow you to have better success in the long run. If you watch sport long enough, you will come to expect the unexpected.

There are many different ways to arrive at contrarian plays, but some helpful ones I have found are identifying strong individual match-ups and game script scenarios. What will a team do if they get well behind or ahead in a game? This allows you to identify possible players who may benefit from increased opportunity but are being overlooked. This is where it helps if you are a fan of the sport, as watching games and understanding how coaching strategies play out in different contexts will help you make decisions when it comes to building your own lineups.

Lastly, I think it is important to focus less on the results and more on establishing a strong process. The reality is you will have far more losing days than winning ones in DFS, so spend time refining your research process. This can involve looking back at other winning lineups from past contest where common theme’s around player correlation and ownership percentages will start to emerge. You can then start to incorporate this into you own lineup building methods.

What do you think is more important to be a successful DFS player entering 10-20+ teams per game/slate, knowledge of the sport or being a data expert?

All of the above are important, but I think playing multiple lineups (when possible) is key to success in GPP’s. There are so many variables in DFS, that the chance of a single-entry lineup winning a large GPP is very slim. If you prefer to construct just one lineup, focus on entering this in single entry contests or cash games (H2H and double ups). If you have ambitions of scooping a big GPP one day start by play lower level stakes that allow you to enter multiple lineups. If you have success, you can move into larger contests with higher entries. Managing your bankroll is so important as there will inevitably be periods when you run cold, but by playing consistently you give yourself the best chance of long term success.

Certain sports such as the NBA lend themselves more to a data-based approach. Sports like MLB, NFL and NRL are more variable so data plays less of an impact and your understanding of matchups, game flow and player correlation are more important.

What are your views on the Aussie/NZ Daily Fantasy Sport (DFS) market?

I think there is strong potential for DFS to become much more popular down under. Both countries love their sport and DFS is still in its infancy here. In my opinion, DFS is a far more exciting way to have a punt so hopefully the industry will continue to grow. It is great to see DraftKings expanding into Australia and with local sports such as AFL and NRL returning well in advance of anything in the States, there is a huge opportunity to get global eyes on these sports. How good would it be if we saw these sports make their way into the DraftKings lobby sometime in the future!

You mentioned you’re from NZ and a big NRL & NBA fan. Who do you support and who are some of your favourite players?

I am a long-suffering NZ Warriors fan. Growing up, Stacey Jones was my guy, but with just the one minor premiership of 2002 and a grand final appearance in 2011, there has not been much to celebrate in the past 20 years. I will keep the faith, but luckily we have the All Blacks!

In terms of basketball, I have been following the NBA closely the past 10 years. OKC Thunder are my team, but I am probably more a fan of the league in general. NBA Twitter keeps me well entertained. Current favourite players would be Lebron, Damian Lillard and of course big Stevie Adams.

What has been your favourite moment in DFS and generally in sport?

This past year DFS has been incredibly kind to me with 3 NBA target wins this season alone. Prior to that, I had never knocked off a target although had come painfully close a few times. I found sweating a target competition way more intense than regular GPP’s. Another fun sweat was a 2-game NFL slate on DraftKings. I ended up tying for first along with about 20 others, but it was buzz to have some success in a sport I am still trying to learn.

Outside of DFS, I was more relieved than anything to see the All Blacks finally break our World Cup drought in 2011 and I enjoyed Brendan McCullum’s triple century against India in 2014. Some other memorable sporting moments that spring to mind include Lebron’s chase down block in Game 7 of the 2016 NBA Finals, Ray Allen’s buzzer beating 3 in Game 6 of the 2013 NBA Finals and Klay Thompson erupting for 37 points in a single quarter. Another random one that has always stuck with me was the first-round match between John Isner & Nicolas Mahut at Wimbledon 2010. This was the longest match in tennis history, lasting 3 days before Isner prevailed 70-68 in the 5th set. They have since implemented a 5th set tie-break rule at Wimbledon to prevent this from ever happening again, but it was so impressive and equally exhausting just watching those guys at the time.