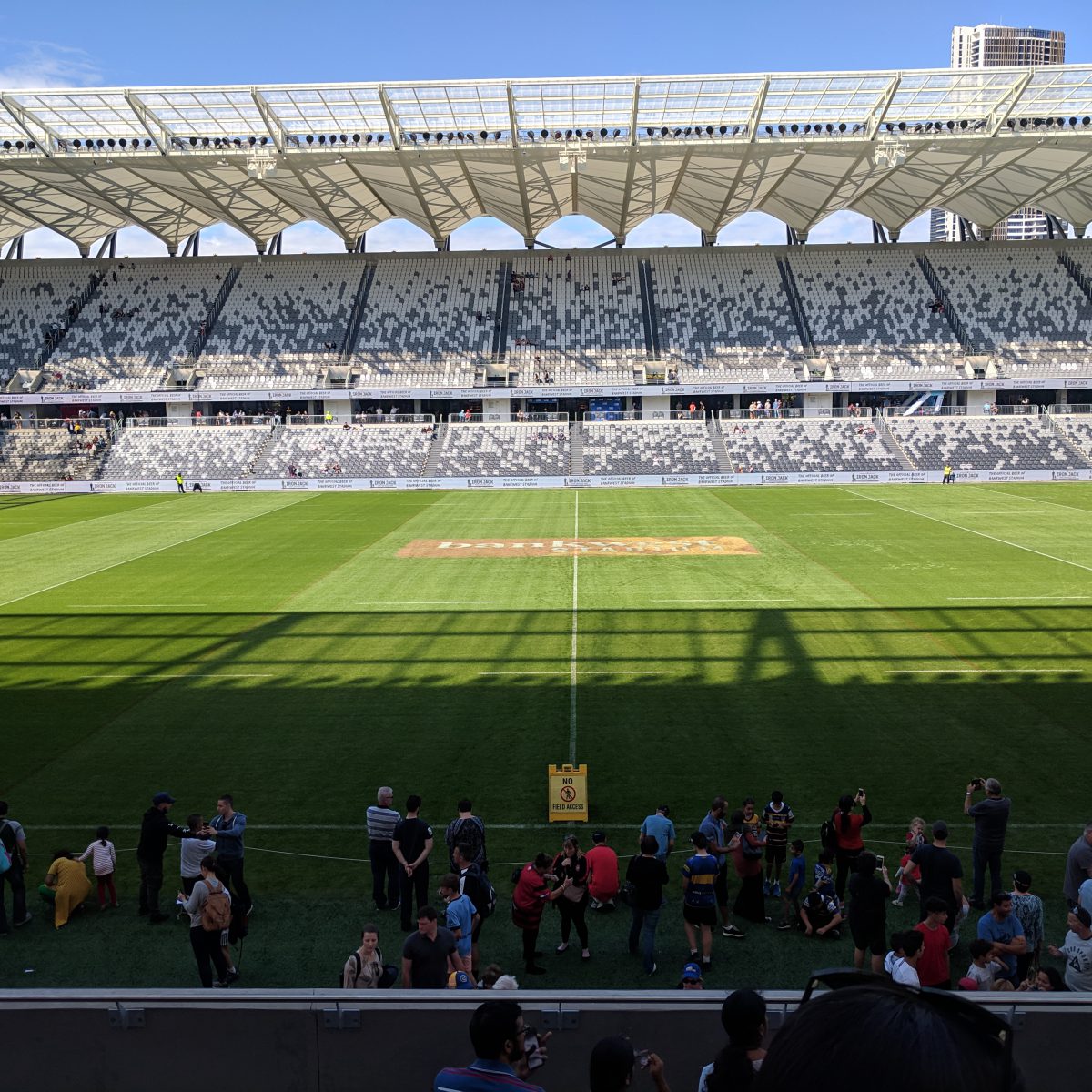 This week for ‘Your Edge’ we look at Jack Wighton’s struggles, preview the Battle of Suncorp, highlight the changes to North Queensland’s edges, and find the best value plays of the weekend.

What Happened To Wighton?

Jack Wighton hasn’t done enough to develop his game in 2021 which has made him an easy assignment for opposing defences this season.

After averaging over 100 metres per game throughout 2019 and 2020, Wighton built a reputation as an excellent ball carrier. He has been Canberra’s primary target in good ball areas with his left foot step playing a leading role in the 22 tries he scored across the two seasons. In 2021, he averages just 82 running metres per game and has crossed the line only four times in 16 games.

A lack of ball-playing ability at the line has limited the impact Wighton is having in attack. With the defensive line confidently turning in and making a tackle on Wighton knowing he is unlikely to play the ball late after putting his head down, the Raiders left edge attack has become predictable.

Wighton is scoring fewer tries and only offering one combined try, try assist, line break or linebreak assist per game. For a Raiders attack that lost George Williams mid-season, that isn’t good enough. Canberra have subsequently been the most disappointing team in the competition this year and are hanging onto the hope of a Top 8 spot for dear life.

Panthers v Storm had been circled as the Game of the Season for weeks and fell painfully short of expectations for a variety of reasons. However, there is still hope for a thigh-slapper this week as the Sea Eagles take on the Storm at Suncorp Stadium. This one also marks the 10-year anniversary of the Battle of Brookvale.

The Battle Of Brookvale.
Glenn Stewart vs Adam Blair#bringbackthebiff pic.twitter.com/nQNNLI7g6N

We’re a chance at finally seeing the Storm tested having won 16 games on the bounce without being forced to work too hard along the way.

The Melbourne key playmakers have had a field day all season. Their searching style of play that travels from one tramline to the next ensures Cameron Munster, Jahrome Hughes and Nicho Hynes/Ryan Papenhuyzen regularly touch the ball. It’s rare to see any one of the three positions go a full set without registering a touch.

By virtue of playing with more possession (53.3% per game), the Melbourne playmakers will notch up a few more touches than Manly’s (50.9% per game). Still, it’s interesting to see the difference between the two with Manly’s #6 and #1 significantly behind those at Melbourne.

Daly Cherry-Evans’ 53.1 touches per game is behind a lot of the more traditional #7’s in the competition. Nathan Cleary (71.3 touches per game), Mitchell Pearce (66.8), Ben Hunt (61.1) and Luke Brooks (60.8) play on the ball a lot more than the Manly captain. It will be fascinating to see if Cherry-Evans touches the ball closer to the 62.1 per game rate he registered last season in a game that is going to require more build-up and structure to score points.

Manly hasn’t always needed to develop tries with the ease at which Tom Trbojevic has created points. Trbojevic is quite obviously making his touches count for 18 tries, 19 try assists, 67 tackle breaks and 18 line breaks in only 11 matches this season.

The two teams match up relatively well in the middle. Both feature strong and mobile middles that can churn out big minutes and bigger numbers on the stats sheet. How the key playmakers perform will go a long way to deciding the result on Saturday night.

Taumalolo To The Edge

It was only two weeks ago that we looked at the downturn in Jason Taumalolo’s numbers in 2021. He hasn’t produced at quite the same level as he did in 2020 and has now been shifted out to the edge for this week.

Todd Payten talked about sending Taumalolo wider throughout the preseason but it never really eventuated. Payten also made a point of wanting to reduce the Tongan’s minutes given the length of his contract and the prospect of burnout. Taumalolo is playing fewer minutes this season, and now, Payten is looking to get the most out of those minutes by running him on the edge.

It’s not a position the Cowboys have offered a lot of firepower or creativity this season.

Shane Wright has been the most consistent Cowboys edge backrower having filled the position since Round 4 while Ben Condon, Mitchell Dunn and Coen Hess have rotated through the other spot. Now, it’s Taumalolo’s turn. One thing is for sure, he’s going to offer a lot more of a threat on the edge than any of the four players that have lined up in #11 and #12 so far this season.

Part of what makes Taumalolo so good is his late footwork at the line and his ability to break tackles. Out on the edge running at smaller defenders with more space to move, he will still be able to play a key role in how the Cowboys get up the field in yardage sets while providing them with a weapon in attack in good ball.

Notably, Heilum Luki fills the other edge for this week. Only six games into his NRL career, Luki is still fresh. He has produced a handful of rookie moments throughout his limited chances. Still, he has offered more of a threat than Wright, Condon and Dunn.

With Taumalolo and Luki lining up on the edges for this week, the Cowboys are taking a different approach to their attack. It needed to happen with their 18.8 points per game ranking them 13th in the NRL.

Possession and yardage through the middle will determine which of the five teams currently fighting for a spot in the Top 8 take the remaining two places.

We’ve seen on numerous occasions this year that holding the ball and wearing the opposition down in defence will eventually produce points. With so many bad teams still in the hunt for the finals, playing simple and patient football is what will take two teams beyond Round 25.

When looking at how efficient individual forwards are in yardage, the Titans (Jaimin Jolliffe, Moeaki Fotuaika, Tino Fa’asuamaleaui and David Fifita) and Knights (David Klemmer, Jacob Saifiti and Daniel Saifiti) look best-positioned to take 7th and 8th while the Sharks (Siosifa Talakai, Jack Williams, Toby Rudolf and Braden Hamlin-Uele) will be a chance at extending their season if they can clean up what has been a shaky defence in recent rounds.

It pays to be a winner, and it pays to check Edge for dodgy prices after late changes.

This week, the Bulldogs middles demand attention in the first try-scorer market with the poor defensive efforts we’ve seen out of the Tigers recently. Passive and lazy once the ball is past them, the Tigers will be vulnerable when the Bulldogs drop players back underneath – a popular play within their good ball sets.

Aiden Tolman is the surprise name at the top of the any time try scorer list but Joseph Manu, with the form he is in, is worth considering. With Kurt Capewell and Paul Momirovski named in the centres, the Panthers are vulnerable out wide.