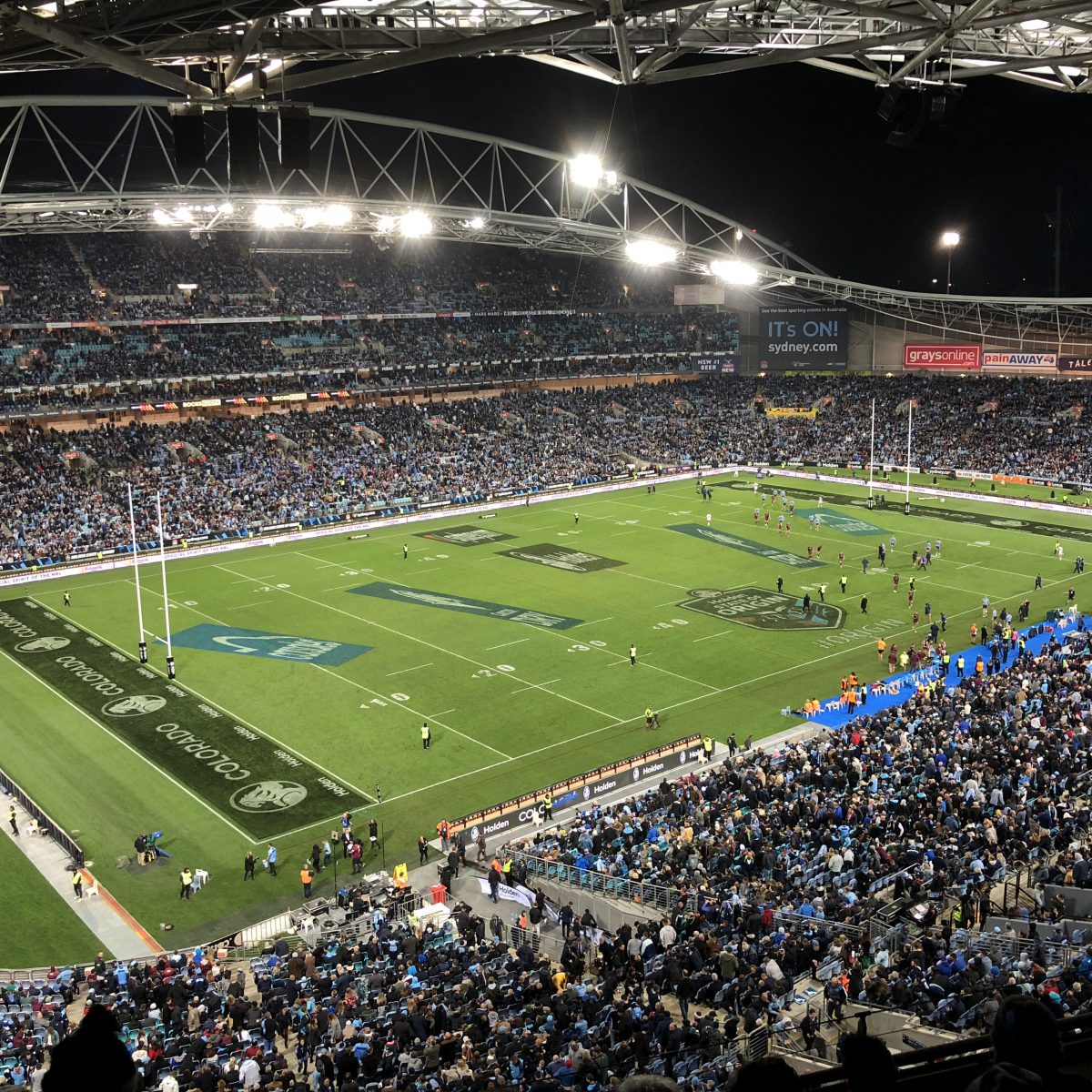 This week for ‘Your Edge’ we look back at how the New South Wales Blues wrapped up the 2021 State of Origin series after just two games, how the Panthers will cope without Nathan Cleary, and find the best value plays of the weekend.

We mentioned that the Queensland Maroons were surprisingly close in some aspects of their Game 1 50-6 loss to the New South Wales Blues in our preview for Game 2. Once again, while they came in another heavy defeat, the Maroons measured up well in a handful of areas.

It was always going to come down to the Maroons middle in Game 2. While the 381-metres difference between the two sides is still sizable, it’s better than the 580-metre difference in the opener. Likewise, Queensland’s 37.2 metres per set on Sunday was up from their 31.5 metres in Game 1.

The starting Queensland pack ran for just 40 fewer metres than New South Wales. They started well, clogged up the middle, and gave their side a chance. Unfortunately, the backline didn’t execute in good ball areas and chances went begging. Not only begging, but in the case of Latrell Mitchell’s intercept try in the 25th minute, into opposition points as what could have been a scoreboard-levelling try became a 12-0 deficit they never looked like pulling back. The Blues backline proved the difference and showed that even when the Maroons pack does play well, it’s not enough to keep the game close, let alone cause an upset.

Much has been made of Queensland’s three NRL clubs in all of this, and for good reason. We can start to get an idea of the best-attacking spine players when putting tries and line breaks against try assists and line break assists.

Tom Trbojevic is obviously out on his own following his scintillating start to the season. Ryan Papenhuyzen, Nicho Hynes, Cody Walker, Clint Gutherson, Latrell Mitchell and Sam Walker are all there or thereabouts in the pack trailing Tommy Turbo. They’re all exceptional players, and they all play for clubs outside of Queensland.

It isn’t a pretty picture once we peel back the 13 other clubs and leave just the Broncos, Cowboys and Titans spine players.

Albert Kelly of all players is one of the better creators among the Queensland-based clubs while AJ Brimson is the standout try scorer and line breaker. Scott Drinkwater has 13 try assists this season but is one of the worst defensive halves in the competition.

Having Queensland-based players isn’t going to instantly improve their fortunes in Game 3 or the next series. However, had the Ronaldo Mulitalo eligibility farce not occurred meaning Xavier Coates came into the side late, Game 2 would have been the first time no Broncos players were selected for Queensland. That fact and this historically poor Queensland team isn’t a coincidence.

The 2021 NRL season resumes this week but the Penrith Panthers will be without Nathan Cleary for the foreseeable future. Optimists will hold the initial 4-6 weeks expected return date close, but realists know it could be a lot longer if not for the remainder of the season.

Regardless, the Panthers have a massive void to fill. It starts with his touches per game.

Harry Grant is considered a non-hooker in this image because most of his games have been off the bench. Still, he’s spent most of his time on the field at hooker so we’re going to ignore him here. That leaves Cleary at the top of the pile with over 70 touches of the ball per game. Meanwhile, his halves partner in Jarome Luai averages just 45 touches per game.

Remarkably, Cleary doesn’t overplay his hand despite the high number of touches. He gets his hands on the ball every set, but he isn’t always trying to create something there and then. Instead, he passes players into areas of the field to set up shape and the option of an attacking raid a tackle, two or three later in the set. By the numbers, he is neither the best at dishing out tries and line breaks to others – that’s Luke Keary, Sam Walker and Cody Walker. He isn’t the best running halfback in the NRL either – that’s Jahrome Hughes.

Rather, Cleary is very good in both departments. He uses subtle variations in his footwork and deceptive hands to bamboozle defenders and create opportunities for others. When he carries the ball himself, few halfbacks take the line on better than the 23-year-old.

Next, Keighran (1) comes off his line & slides as Cleary begins to track across the field. Cleary’s first dummy halts Liu’s (2) slide before his second – hiding the ball from Manu (3) and engaging him in the process – turns Suaalii (4) onto him as well. pic.twitter.com/bXgwGfg1aW

The numbers make him look good already, but we all know that Cleary is even better than what the numbers say. So, how will Penrith replace him?

Luai has been named at #7 and will be expected to assume the typical duties of a traditional halfback. That will most likely lead to an increase in touches per game, but not up to the 70 Cleary averages. Meanwhile, Matt Burton touched the ball 42 times and 57 times in his two games at five-eighth this season. Tyrone May was beside him in the halves for those outings with 47 touches and 50 touches.

While a Luai/Burton pairing is far superior to May/Burton, the distribution of touches is likely to be similar with both averaging around 50 touches each per game. From there, they will need to find ways to match Cleary’s effectiveness with the ball. That is where potential issues, at least a decline in attack, are likely to arise. Although, Burton is no slouch in creating points himself.

Burton has been the beneficiary of quality ball in the centres created by Luai and Cleary inside him, but his total tries, try assists, line breaks and line break assists account for 19% of Penrith’s total. He can create attacking opportunities and finish them off himself. Whether or not he can do it in the halves and for, quite possibly, the rest of the season remains to be seen.

Who doesn’t love an NRL try on debut? The first try scorer model has spied some value in Bulldogs centre Falakiki Manu when he runs out for his first game on Saturday afternoon. More likely, Paul Vaughan goes up against a dodgy Warriors middle defence to start Friday Night Footy. He has scored the first try in a game five times since 2016 per the Sport Tech Daily Try Scorer Portal.

You have to like the look of Thomas Burgess against the Wests Tigers on Sunday evening. He has broken their heart once already this year and is running at a defence that just conceded 66 points. Campbell Graham is a special on the Rabbitohs right edge, too.

Does Erin Clark have 80 minutes in him? With Tyrone Peachey named at lock and no hooker on the bench, Clark may be asked to play the full 80 minutes for the first time this season and presents as a value option on Saturday. Sam Verrills’ projected 41 points also appeals given the number of tackles the Storm are likely to force him into on Thursday night.

Your Edge: State Of Origin & NRL Round 18 Preview