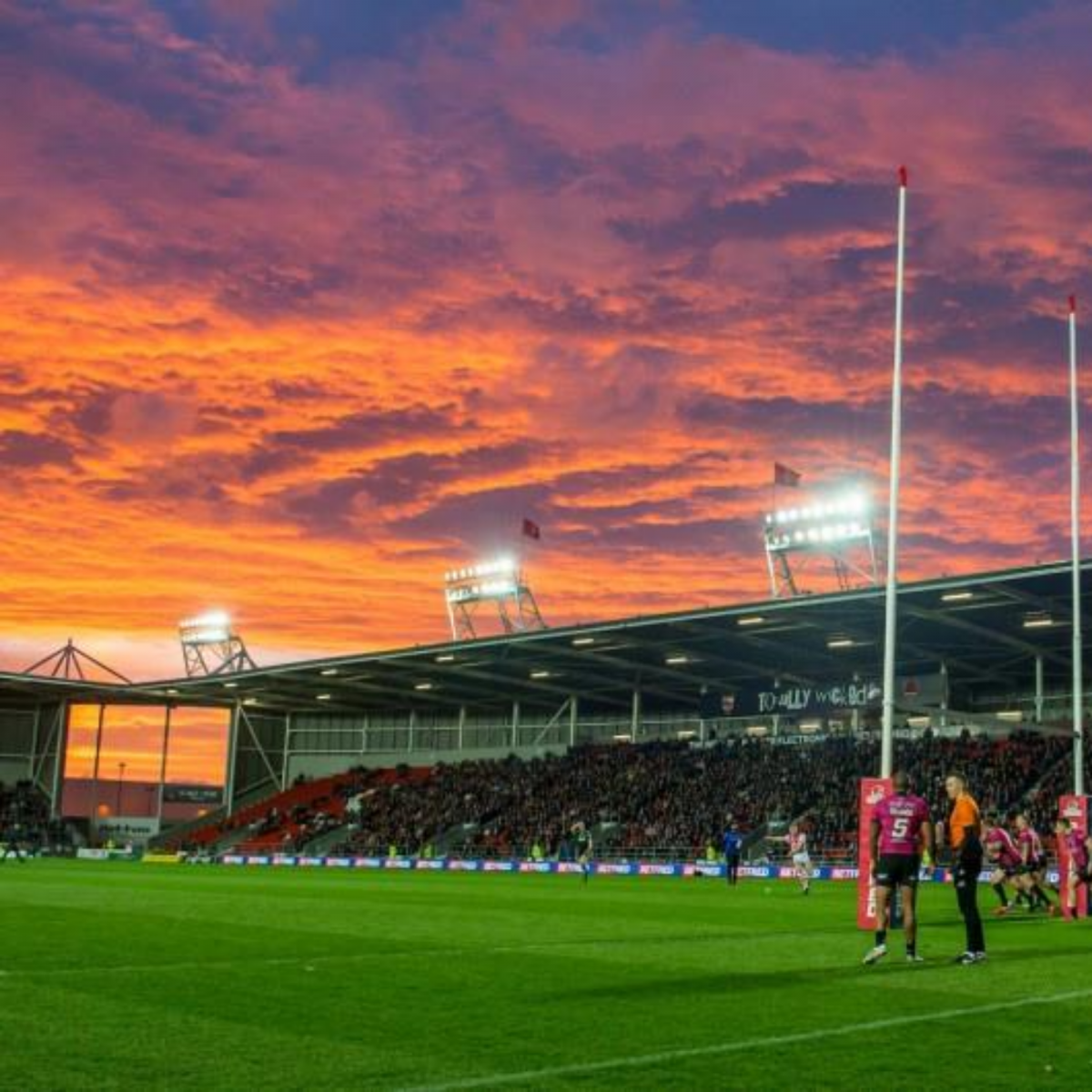 This week for ‘Your Edge’ we look back at Game 1 of the 2021 State of Origin series before looking at how the Queensland Maroons might upset the New South Wales Blues in Game 2 at Suncorp Stadium.

They don’t make for great reading for the Queensland Maroons, but the New South Wales Blues will look fondly on the numbers from Game 1.

However, outside of the score, some areas are unexpectedly close. You might expect a side that runs up 50 points would spend a lot more time with the ball. The Blues were only in possession for just over one minute longer than the Maroons, though. It’s what they did with the ball within those 27:32 minutes that was clearly quite different.

It’s in yardage that New South Wales built a significant advantage. While running for 580 more metres is a notable difference, it’s the 14.5 metres more per set that really got them on the right track. The Blues weren’t overly expansive; fewer touches of the ball and fewer passes suggest they simply made more of their possessions. A lot of that comes down to the control of Nathan Cleary and his 49 touches. He put players into attacking positions leading to 52 tackle breaks and a whopping ten line breaks. The Maroons, on the other hand, broke just 32 tackles and cracked the line only once.

The Maroons kept the Blues scoreless for 17 minutes in Game 1; they can hang in there and make a game of it if they can find effective ways to use the football.

Perhaps that’s where the Reece Walsh selection comes in?

Reece Walsh is only 18-years old and has played just seven first-grade games. Whether you agree with his selection or not, one thing is certain: Paul Green and the Maroons are desperate.

They need a spark in attack and think Walsh can provide it in the absence of Kalyn Ponga and AJ Brimson. It’s not hard to see why they’re drawn to Walsh if you look through a single lens. He is one of the best-attacking fullbacks in the competition and Queensland’s best available by the numbers.

Tom Trbojevic is head and shoulders above the rest at the moment. He scored a second hat-trick in Game 1, rested during Round 14 and piled up three tries and three try assists for the Manly-Warringah Sea Eagles in Round 15 before re-entering State of Origin camp. He’s the form player in rugby league regardless of the number on his back.

Walsh, meanwhile, has impressed behind what is often a beaten New Zealand Warriors pack to record four tries, eight try assists and seven line breaks in only seven games. Despite his diminutive stature at just 88kg and 177cm, he has broken 25 tackles and picked up 131 running metres per game.

It’s through the defensive lens that doubts really start to creep in. Missing 12 tackles in seven games doesn’t sound bad by the numbers, but Walsh fails the eye test on the defensive side of the ball. Tom Trbojevic has tormented him once already this year when Walsh filled in at five-eighth. The young fullback – as you would expect from a kid that has only just hit the top level – is regularly caught out of position and beaten physically. Still, there is no doubt that Walsh can create points in attack if he is provided with the opportunities.

It’s whether or not he is provided with a platform to attack that will determine the success of his debut. For that, the Maroons need to make big improvements in the centre-third.

The Maroons have picked a high work rate forward pack that they hope will be able to clog up the middle of the field for the full 80 minutes.

Josh Papalii and his 143 running metres per game join the side for Game 2 while Francis Molo has been rewarded for an excellent season with a spot on the bench. His 107 running metres per game doesn’t jump off the page, but he is one of the most efficient ball carriers in the NRL right now at just under ten metres per run. Molo’s addition to the bench alongside Moeaki Fotuaika – who was one of Queensland’s best in Game 1 – provides Green with two excellent impact forwards.

Add Papalii, Christian Welch, Jai Arrow and Tino Fa’asuamaleaui to the mix and the Maroons have opted for a direct and hard-working pack. Only Daniel Saifiti and Payne Haas compare when it comes to metres per minute while, somewhat surprisingly, Molo and Fotuaika are up with Haas and his 10.6 metres per carry.

The Blues, on the other hand, have picked the best forwards available and will look to make it work. Brad Fittler is already playing Cameron Murray out of his preferred position in the middle while two back rowers – Angus Crichton and Liam Martin – have been named on the bench. Haas is the only regular middle forward available to Fittler off the pine while Jack Wighton fills the utility role.

Three props, two locks and three edge backrowers isn’t your typical forward rotation but it plays into Fittler’s game plan of moving the ball wide to his superstar backline. It will only become an issue if Queensland really starts to dominate the middle.

Where It Could Go Wrong

One error can turn a game and one missed tackle can turn a series. While it seems unlikely after Game 1, we hope that Game 2 is close enough that these individual moments do, in fact, have a big impact on the game.

Tackle efficiency always needs to be taken with a grain of salt. A lot is dependent on the position they play and due to the fact that an exceptionally bad defender doesn’t even get close enough to miss a tackle and therefore reduce their tackle efficiency. However, if we assume that State of Origin quality players are ‘good’ defenders, we can consider it here.

Jai Arrow sitting above David Fifita might give us some idea of why the two have been shuffled around for Game 2. Arrow is the more trustworthy defender – even on the edge – while Fifita does make slightly more errors. If the idea is to have Arrow lock down an edge and for Fifita to run riot off the bench against tired defenders later in the match, then the surprise change might have some merit.

Nathan Cleary and Jarome Luai aren’t likely to be the ones to make a game-defining mistake. They both play with a low error rate and with a significantly higher tackle efficiency than Ben Hunt and Cameron Munster.

Excellent in Game 1, Tariq Sims does have an error in him and will surely be put under more pressure with the ball on Sunday night.

Josh Addo-Carr and Brian To’o are obvious draws in the first try scorer market, but the value is in the underdogs early on. Kyle Feldt didn’t see enough opportunities in the air in Game 1 – something you’d hope Paul Green will address for this one. Meanwhile, Kurt Capewell is a big body out wide and did cross over in the series opener.

Queensland knows that New South Wales wants to get the ball wide which may open things up for Nathan Cleary in this one. As the defence slides to cover Tom Trbojevic, don’t be surprised to see Cleary sell a dummy and tuck the ball under his arm close to the line. He is the model’s value try scorer for this one alongside the expected names: Josh Addo-Carr, Latrell Mitchell, James Tedesco and Tom Trbojevic.