From Gaelic Sports In Ireland To Womens Football At Collingwood FC 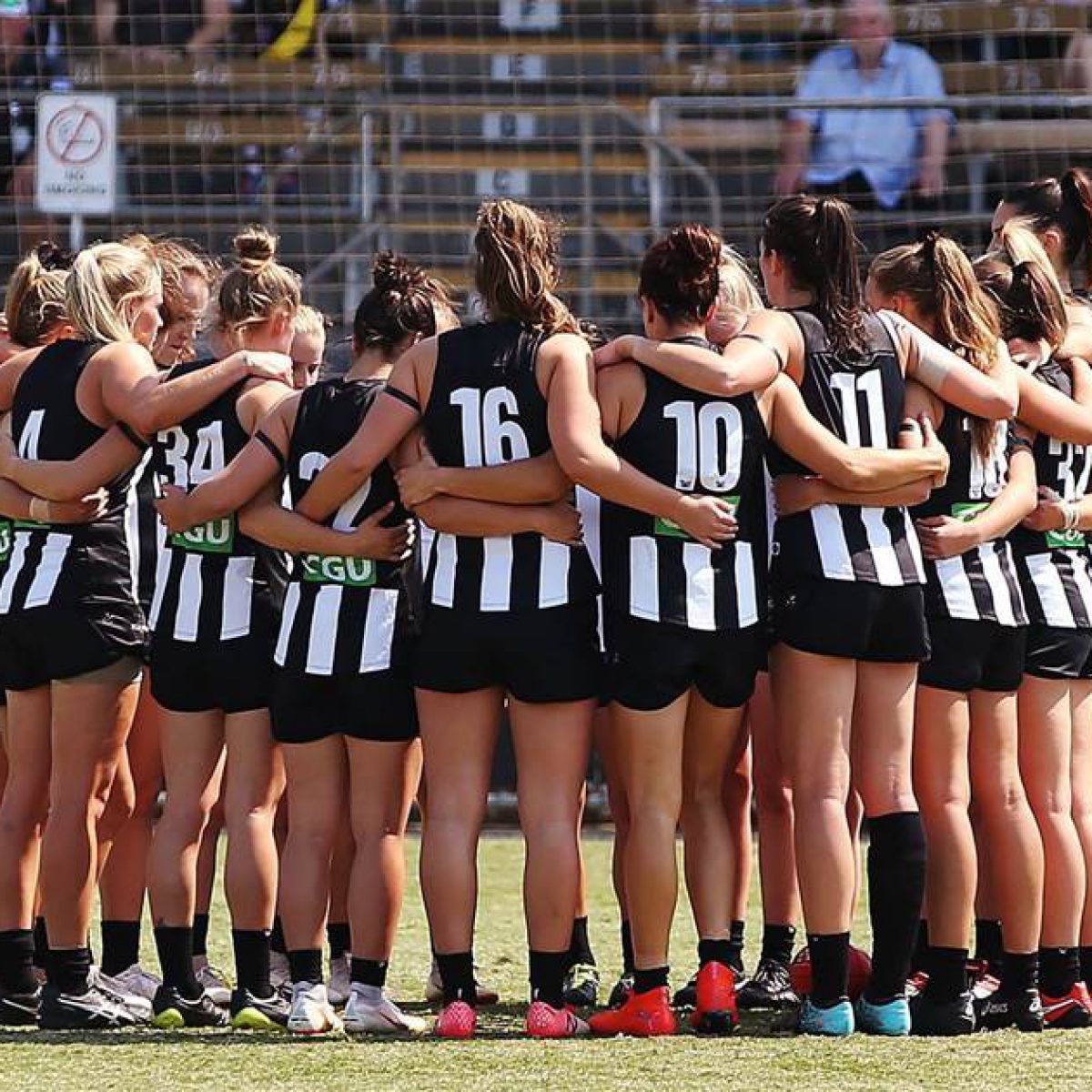 We speak with Michael O’Donnell whose story takes us from Ireland to the UK, USA & finally to working in the AFL system in Melbourne. He is now a Strength & Conditioning coordinator for Womens Football at Collingwood Football club. From discussing his experiences across different sports, the evolution of the sport science industry and building new social and professional roots halfway across the world, Michael’s story and advice on building a career in sport science has something for everyone!

Give us a brief over of your background

I began my career working in the USA as a soccer coach in the summer months while I was studying construction management in Ireland. I decided that a career in construction in Ireland wasn’t for me, so I qualified as a Personal Trainer and moved to the UK to re-study in Sport Science. In my second year, I got an internship in Strength and Conditioning (S&C) in Nottingham which was a 2 hour commute to London where I was studying. In my final year I got an internship at Brentford Football Club who are a professional football club who were competing in the 1st Division at the time.

Once getting my Honours, I decided to enroll at Australian Catholic University to study Master of High Performance Sport. This was an online Masters Degree which I began in the UK, but my partner and I felt that it was time to move to a warmer climate and headed off to Australia. I had a few different jobs once I got here. Including spending time with the Football Victoria NTC squads, AFL Vic Metro U18 squad, and Port Melbourne Football Club. I was very fortunate to be given the role of Head of Strength and Conditioning/Sport Science at Melbourne Victory W-League Squad, a position I held for 3 seasons. Home sickness began to kick in, so I moved back to Ireland to work as the Sport Science Officer with Ulster GAA. After a year, both my partner and I decided that Australia is where we will lay our roots and I returned to take a role at Hawthorn Football Club VFLW squad as High Performance Manager. I am now currently the Strength and Conditioning Coordinator of Women’s Football at Collingwood Football Club.

You went from an Honours in Sport Science in London to a Master of High Performance Sport in Australia. Tell us about the move over and the evolution of the industry over the last decade?

The move to Australia was daunting at the time, but it was a joint decision by my partner and I to go for it. It did mean that I had to start from scratch and build my professional network again and build a life here. But I have thoroughly enjoyed the lifestyle and the weather, even though some people might disagree with me on the “weather” part living in Melbourne.

The sports industry has certainly changed since I began working in it back in 2012. The advancements in technology just in that time is incredible and continues to grow. It is allowing us to discover new innovative ways to test, monitor and develop athletes, as well as analyse performance. It also allows us to be more inquisitive and answer questions we couldn’t answer before.

With all this additional information being gathered, the skills in data analysis/science to analyse big data is also building. In some clubs/sports, there are now dedicated data analysts/scientists employed to make sense of all this data to create performance insights. Also, the access to technology is much more affordable now. Semi-pro and local level teams now have access to GPS units, apps and performance data that was previously only accessible to professional level teams. With this additional knowledge combined with the art of coaching and S&C, we can be much more proactive with our practices with athletes.

Aussie Rules must have been a totally foreign concept to you when you got started in the industry in 2015. Was it a shock initially? How were the first few months getting used to a new sport?

I have loved AFL since I was young. I used to watch AFL at all hours when I was like 12/13 and was a massive fan of the International Rules Series between Ireland and Australia. The game is not that dissimilar from Gaelic Football which I grew up playing. I even played some amateur AFL when I lived in London and did my Honours project analysing the mechanics of the drop punt. So I guess I had a good understanding of the game prior to arrival.

However, It was definitely the culture difference which I felt was the shock in the first few months. It certainly was a baptism of fire into Australian culture and I felt more and more Australian every day I was at the clubs and I loved it! Getting to understand the terminology coaches used, which I then tried to mirror in a broken Irish accent so messages were not getting lost in translation. Also, the slang words used and everything abbreviated was quite fun to experience and I am sure quite funny for those who were looking my confused face. But all were very shocked when I was able to kick and bounce a footy.

Also, there are plenty of athletes looking for private work to help with their physical development. There are way more athletes compared to number of clubs, so don’t neglect the private sector as a career.

Tell us about your experience with Hawthorn & Collingwood?

My experience at Hawthorn was great. It was my first role as a High Performance Manager with the VFLW squad, so I certainly was challenged in that respect. I came from Ireland where I was working more as a consultant to practitioners than working directly with athletes to take the role. So I had to change my thinking and delivery and also change my thought processes towards a different code having worked in Gaelic sports and soccer previously and not worked in Australian football in 3 years.

There were certainly new ideas which I brought to the squad and different processes from my experiences in other codes and levels. Which for the most part were well received. But I felt going into a manager role with minimal experience in that specific code, may have been a step too quick. But definitely a quality experience, I learned a lot and all the players and staff were fantastic to work with.

I then moved to Collingwood as the Strength and Conditioning Coordinator of Womens Football, which was recommended to me by a former Collingwood staff member. This role has allowed me to focus on being a strength and conditioning and sport science practitioner. It was a step back in seniority, but it allowed me to be much more dedicated to program design, data analysis and coaching. I also get to spend more time mentoring a team of sport and exercise science students, which I really enjoy. Again, the staff and players at the club were very welcoming and are great to work with. The coaches and players were really receptive to my processes and philosophies and it certainly helped coming in with a new Head Coach and a new panel of coaching staff. Felt like I wasn’t the only newbie.

Tell us about one of your most interesting projects in the last five years. It’d be great if you could add some visualisations for us less technical folk!

In my time with Ulster GAA, I was involved in quite a few projects. But one that was my favorite was providing sport science services to the Provincial Gaelic football referees. Performance analysis and sport science was something they didn’t have before and this was a great new asset to their development, something which was only reserved for the National level referees. All their games were tagged and broken up into all the events of the game, which they could review with their assessors in easy to manage clips. I also had a GPS unit on each of the referees for their games in order to assess the physical demands of refereeing at this level.

Below was a typical report I created which was given to the referees after their game. The referee can compare their physical output to their own averages, as well as their panel averages in a variety of metrics. I also added how their 5 min distance splits, compared with their own average and the panel average 5 min distance splits. This gave a really good visual of how the intensity changed over the whole game.

After the season was complete, I compared the data to each level of competition. It was interesting to see the differences in physical requirements as the competition level got higher, requiring more physical output of the referees. Overall, the project gave us more insight into the physical demands placed on the referees and use this info to better prepare the referees for the demands of the role. But the video footage clipped was greatly received by the panel and they found that having their games cut into the key events saved them hours of scrolling through footage.

Coronavirus has had a significant impact on the sporting industry in Australia. What are a couple of areas aspiring S&C practitioners can work on to set themselves apart when looking for opportunities in the industry?

Usually I would be promoting people to get out there and apply what you are learning in Uni or elsewhere to build up your experience. Obviously, this is much harder now especially in Victoria with all competitions, outside of professional, cancelled for the year at all levels. As well as all gyms and indoor facilities closed. However, I would say is to put your name out there, contact clubs and offer your services in advance. Clubs will be recruiting for the season coming so don’t waste time and wait to put yourself out there. Also, there are plenty of athletes looking for private work to help with their physical development. There are way more athletes compared to number of clubs, so don’t neglect the private sector as a career.

Of course get qualified in the necessary S&C/Sport Science related accreditations. What I would say is to look to build a skill that is not necessarily related to S&C. It could be in data analysis, sports management, coaching or leadership courses and use it as an additional skill to make your C.V. stand out a bit more, as well as make you a better practitioner. I also think if you wish to work freelance or as a private contractor that some knowledge of marketing, sales, or have some form of business skills will go a long way to making you stand out in a very saturated market.

If you could use your skills & experience you’ve gained over the last decade to, hypothetically, work with any team in the world on a specific problem – who would it be and why?

This is a difficult one. I have always wanted to work in AFL and without being cliché, I am kind of living the dream at the moment. I guess if I was to choose any team anywhere in the world it would probably be the Irish Women’s National Soccer Team. I’ve now built a career working with female athletes and would like to be at international level and who better than your own national team. However, If the LGFA in Ireland ever play an international rules series against the AFLW, I would certainly love to be involved in that.

Interview with a Sports Scientist at the South Australian Cricket Association